March 21, 2018 By Christopher Dancey & Vanessa Fermil Comments are Off

In the second instalment of this two-part series, Augment General Counsel founder Chris Dancey and commercial attorney Vanessa Fermil narrate NewLaw’s journey into offshoring and beyond. 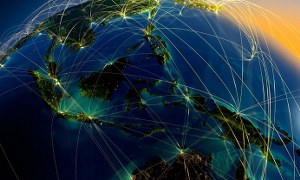 One particular legal services sourcing strategy that is gaining traction in the world of NewLaw is offshoring. But why offshore? Well in a nutshell, it gives you access to deep and wide talent pools at a fraction of the cost of onshore talent without compromising on quality. The talent pools in the old world are drying up. The war for talent continues at pace, whilst the population pyramids show no sign of inverting. Quite the contrary, ageing populations in markets such as Singapore, Tokyo and Sydney are accelerating and population growth is slowing.

These push factors are being complimented by several pull factors. Aside from the bright, but low-cost, talent pools, offshoring is often technology-enabled, thereby providing clients the freedom to enjoy cloud-based systems and the benefits of flexibility, efficiency and productivity. By using cloud-based systems, real time communication is easy. The offshorer may be far away geographically but the cloud enables them to be virtually next door. Also, so long as there is internet connection, one can work anywhere at any time, which in the long run gives clients’ and even NewLaw providers’ employees better work-life balance. Not to mention that engaging cloud-based systems automatically moves clients up the scale of competitiveness in our technology-driven world. The benefits of cloud-based systems are, put plainly, what the OldLaw has failed to provide. Driving productivity, cost effectiveness and efficiency: the trinity for every modern business manager and key to maximizing the capital that is the lifeblood of every commercial venture.

Of course offshoring does sometimes give rise to political or philosophical differences of opinion, even within traditionally dispassionate corporations: “It will cost jobs”, or “Buy Australian/British/American/Japanese/any other modern developing country”, or “These services are unregulated, security is lax in these countries, it’s a risk.” Smoke and mirrors? Largely, yes – and often because the speaker is unfamiliar with offshoring. If done properly, offshoring can achieve significant benefits for corporations. Another haughtily murmured commentary, maybe muffled by the mahogany paneling in the traditional board rooms of yesteryear in which it’s spoken, might go something like this: “It’s okay to offshore our in-house IT, finance and other ‘back office’ functions, but lawyers are different – they’re a preserved profession.” This could not be further from the truth. Lawyers and the legal services tasks they perform are no different from other corporate professionals and the business-critical tasks they perform. The only difference is that many of those corporate professionals are using offshoring to drive cost savings and efficiencies, just like every business manager worth their salt should be doing, including General Counsel.  Lawyers are no more a ‘preserved profession’ than accountants, tax advisers, technologists, engineers, and others on the list of enlightened professionals who have been using offshoring for years.

With the above benefits and corporate agenda in mind, Chris Dancey, former GC of Hays PLC’s Asia Pacific division, started his NewLaw firm, Augment General Counsel. Driven by a desire to do things better, but also to help spread enlightenment in the in-house legal services sector. As Dancey says: ‘In house counsel are at the centre of the legal services universe. The first responders, to use a medical analogy. Therefore, it’s incumbent upon them to drive change in the legal services market from the inside out.’

Augment General Counsel is a law firm in Australia and an offshore centre in the Philippines, staffed by fully qualified lawyers from top notch law schools with corporate in house experience. What Augment does differently is to provide clients with integrated services – namely, many of the services that a corporate client currently sources from traditional law firms, its in-house counsel and legal process offshorer, all in one. By doing so, Augment can have deeper relationships with its clients and because of its cost base and use of technology deliver a much cheaper, efficient and commercially relevant service without compromising on quality. Adopting tech sector speak, we believe Augment General Counsel may be the first breed of ‘hyper-converged law firms.

We believe the Philippines is the best place to offshore as it is home to top-quality, world-class legal talent. It is worth noting that the Philippines is the world’s third largest English-speaking nation after the United Kingdom and United States. Over 57 million of its population speak English. It is the language of commerce and law, and its courts only conduct proceedings in English. Importantly, as a consequence, lawyers in the Philippines think in English and are more alive to English language drafting nuances than lawyers in competing offshoring jurisdictions, such as India. Moreover, there is the familiarity of its legal system. The Philippines has an Anglo-American based legal system and, as in common law jurisdictions, it follows judicial precedent. Its key institutions are modeled on the US, having had close cultural and political ties with the States for over 100 years. Many of the legal concepts in the laws of the Philippines are very similar to those in Anglo and American legal systems. Furthermore, the country has leading legal education; its bar exam is one of the toughest in the world and is equivalent, in terms of pass rates (18% – 25%) and content, to State bars in the US. This comes after a standard 9 years of higher education. Beyond the Philippines’ quality talent, its culture is friendly to both the West and the East, making it the leading location for global legal services offshoring, particularly in the Asia Pacific.

The Future of NewLaw

So what next for NewLaw? A few key questions hang in the balance. Firstly, is new always better? Well, that depends on how we do ‘new’ and whether it satisfies the restlessness of clients. What is certain, however, is that NewLaw widens a client’s choices when sourcing its legal services. Next, is it a better offering compared to OldLaw and LPO? Most importantly, it is complementary. After NewLaw’s ‘quiet revolution’ there is still a place for both the new and the old. As with most buying decisions, which one you chose depends upon your agenda. If cost saving, productivity enhancement and efficiency improvement are what you seek, without a comprise on quality, then NewLaw and hyper convergence might just be for you.

Chris Dancey is a dually-qualified English/Australian lawyer and the founding director of Augment General Counsel, while Vanessa Fermil is a commercial attorney at the firm.