March 21, 2018 By Christopher Dancey & Vanessa Fermil Comments are Off 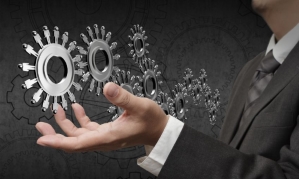 Not so long ago, in a galaxy not at all far away, only traditional law firms provided legal services to their clients — everything from repetitive and relatively simple and process-driven tasks to more complex and bespoke legal services. In turn, those law firms charged on an input basis using the clichéd billable hour. Clients paid millions of dollars even for simple and repetitive legal tasks. The traditional law firms were happy but their clients were restless.

Then there was a so-called legal depression in the US and Europe in 2008 and 2009. Demand for alternative ways of providing legal services arose, after clients of the traditional law firms, challenged by volatile economic conditions, started to cost control. Some might say they were also sick of paying millions of dollars for relatively easy or routine or repetitive legal tasks. Most of these clients wanted to minimise their external legal costs. Most of the CEOs of those clients were under pressure, and in turn their lawyers were under pressure. However, the Asia Pacific region remained largely insulated from these pressures. Fast forward almost a decade to an Asia Pacific region in the midst of market volatility, China’s slowdown, commodity price collapse, emerging market capital outflows and sluggish global growth. It’s not hard to see the agenda for change that swept through Old Law in the Western hemisphere now arriving in the Eastern hemisphere.

Outsourcers of the World Unite & Take Over

Big corporations started using Legal Process Outsourcing (LPO) to minimise cost during the GFC. At first, LPO offered only menial and repetitive jobs or work which nobody in law firms wanted to do. These jobs were outsourced in volume to non-law firms and often sent offshore to countries like India, to be largely performed by English speaking paralegals. As demand for LPO increased over time it proved to be cost-effective and LPO providers expanded their services to include e-discovery, document review, legal research and patent review. The demand for LPO reached new heights after a high-profile litigation case involving British American Tobacco, who hired an LPO provider to work alongside traditional firm Hogan Lovells. The LPO firm was assigned to assist Hogan Lovells on e-discovery. True enough, instead of law firm associates doing the e-discovery and the firm getting paid significant hourly rates, the LPO company was paid on a fixed rate, dramatically cutting the cost of litigation. Thereafter, not only the US but also the UK and Australia started to embrace LPO use.

Then NewLaw was born.

Though many clients were happy with the cost-efficiency brought about by LPO, there were still restless clients; clients who craved for the services of traditional law firms and/or in-house counsel, but wanted a quantum leap in how these services were delivered. They longed for firms and in-house teams who handled not only highly consultative legal work, but also routine and repetitive work (often complex) more efficiently, and at the same time, knew the clients’ businesses from the inside out. In other words, clients desired deeper and integrated relationship with alternative legal services providers higher up the value chain, rather than just outsourcing low value or low complexity work to different LPOs. Clients also just wanted to pay for outputs, rather than paying the same inefficient input driven hourly billing rate of traditional law firms. This wish list was the genesis of NewLaw. But the phrase “NewLaw” means different things to different people.

First let’s start with a definition. Because we lawyers love a good definition.

John Furlong and Sean Larkan of Edge International, a legal business consultancy, define “NewLaw” as any strategy, structure, model, process or way of delivering legal services that represents a significantly different approach to the creation or provision of legal services than the legal profession traditionally has employed.

British Telecom (BT) had always been on the frontline as an early adopter of LPO and even went so far as to consider its LPO provider part of its in-house legal team. It was one of the first users of LPO providers for its commercial and support services and proved LPO to be effective. BT increasingly institutionalised its relationship with LPOs in the same way as it did its main law firms. However, BT’s head of legal team, Keith Thomson, has admitted that the LPOs now are only providers of high-volume, low-value transactional documentation and that more complex work is still sent out to law firms. But at BT, he said, they are always looking for ways to reduce their apex spend, the segment at the top of the pyramid for legal services that is the traditional preserve of the law firm. BT would prefer LPO to move up the value chain into managing more complex work and to grow its space in the pyramid. This is exactly the sort of client agenda that is helping NewLaw to come into life…

Check out next week’s Corporate Counsel for the second half of NewLaw: The Quiet Revolution.